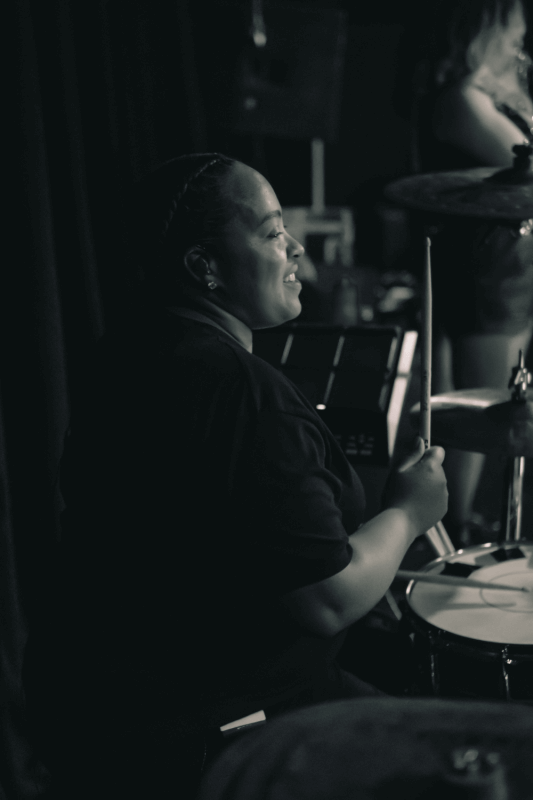 Sharlene Goodridge was born and raised in a musical family and started to learn the drums from the age of two years old following her father footsteps. At the age of 4 she would accompany her mother at various of gospel events, more like have the crowd watching her rather than her mother lol.

She then moved onto learning the piano at the age of 12 then picked up the bass self taught at the age of 15. She attended the Brit performing art school which included playing various concerts for jessie j, Katy b, Adele where they all attended. Her musical ability have allowed her to travel around the world, working with other great musicians, singers and also given the role to music direct bands as well as programming productions.

Currently She is the drummer of a 9 piece Prince tribute band “New Purple Celebration “who are a world class live celebration of the life, legacy and music of Prince.

She is also the Drummer for Cat burns who is about to go on US tour With Ed Sheeran.

Sharlene uses the W-5AP sticks.
Check them out here!