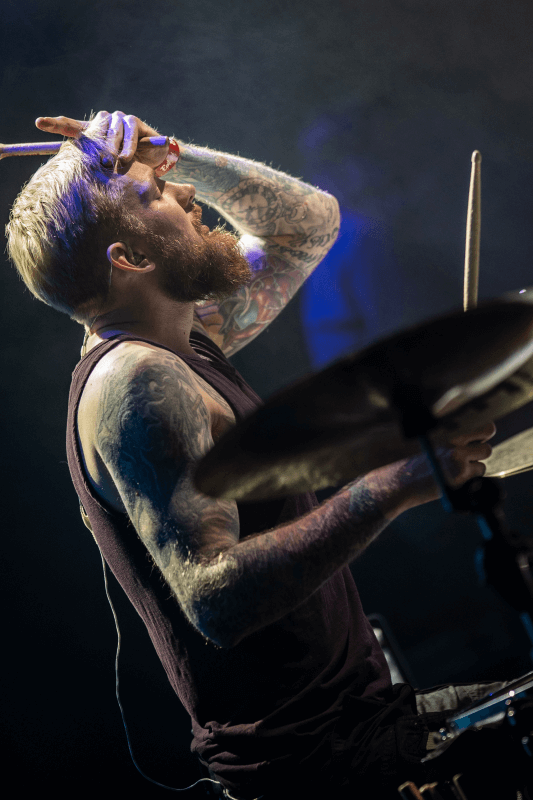 Joakim Strandberg Nilsson is a musician from the south of Sweden. He started playing drums, piano and guitar when he was a teenager. Later on he went to the Music Academy of Malmoe and has been teaching music since he graduated in 2013.

During his musical journey as a drummer he has played with bands such as Deville, Andromeda, Faithful Darkness, Wolves Within and Nonexist.

He is currently the drummer of the melodic death metal bands Dark Tranquillity and In Mourning. In Mourning released their sixth studio album “The Bleeding Veil” in November 2021 and Dark Tranquillity will spend most of 2022 on tour supporting their Grammis awarded album Moment (2020).

Joakim uses the W-5BXL sticks.
Check them out here!