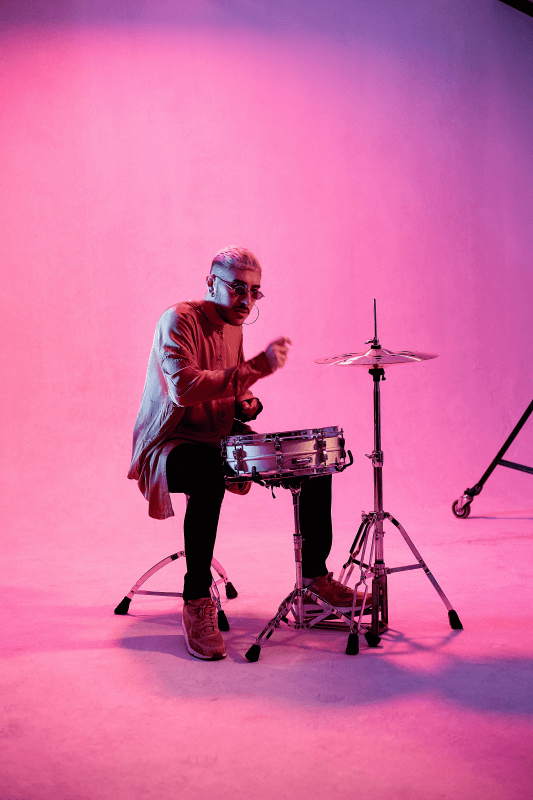 Independent (Conociendo Rusia, Wos, Cazzu , Emmanuel Horvilleur, Marilina Bertdoldi, Juan Ingaramo)
Guillermo Salort, a native of Rafaela, Santa Fe, is twenty-eight years old and is a chameleon drummer. His studies originate in his hometown, there in 2005, with the city’s most prominent teachers such as Diego Kestler and Ricardo Gigena. Two years later, he made the decision to travel to the Federal Capital and Cordoba in parallel, seeking to deepen his studies with Alejandro Castellani and Gabriel Pedernera. At the end of high school, he made the decision to settle in Buenos Aires to develop his career as a drummer. His most prominent teachers are Sergio Verdinelli, Pipi Piazzolla, Sebastian Hoyos, Tano Cavalletti, Ale Lopez, Carto Brandan, etc. In the artistic and musical aspect, he stood out for playing with a multiplicity of artists, both live and in the studio. At first Artesanales led by producer Nico Cotton and then LoPibitos, Gonzalo Aloras, Candelaria Zamar, Juan Ingaramo, Chita, Marilina Bertoldi and currently he is the drummer for Wos, Knowing Russia, Cazzu, Emmanuel Horvilleur.
Guille uses the W-5B sticks.
Check them out here!
Website