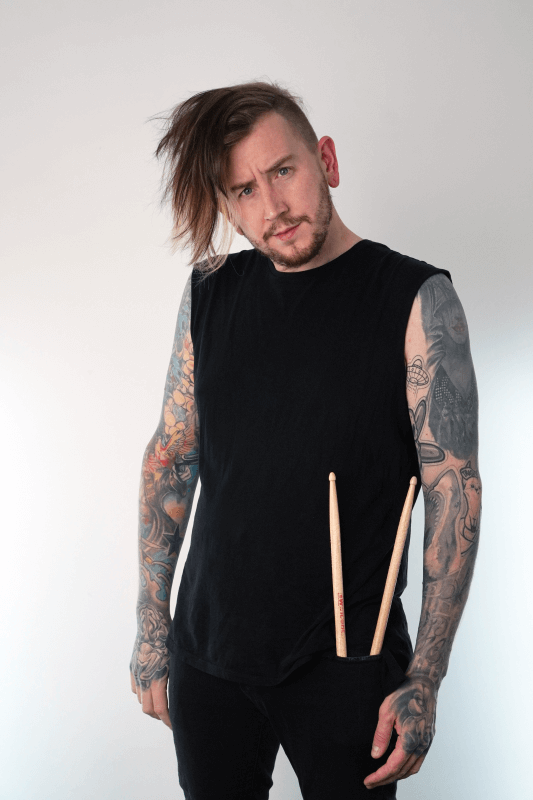 Kob was born and raised in Wales, UK and started playing drums from the age of 14. In 2014 after many years of playing in various bands and wanting more creative freedom to play faster music he formed Punk Rock Factory, a DIY punk covers based project with Peej Edwards, Benj Allison & Ryan Steadman.

PRF is 100% DIY with a heavy focus on digital content and they rehearse, write, record, mix, master and film everything themselves in a dedicated studio that they affectionately call ‘The Sausage Factory’.

In 2020 throughout the Pandemic Punk Rock Factory, working mostly remotely released their second album ‘A Whole New Wurst’ comprised entirely of Disney covers featuring a guest list of pop punk vocalists which went viral gaining over 350,000 TikTok followers and over 2.4m streams in only two months.

They continue to record and release multiple themed albums a year and are preparing to tour extensively since signing with United Talent agency.


Kob uses the W-5B sticks.
Check them out here!
Website