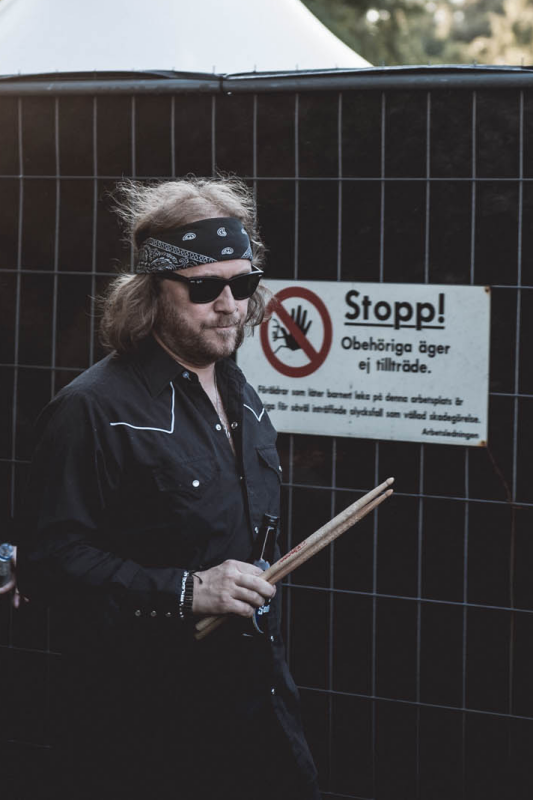 Robert Eriksson started playing drums in 1986, just by himself to start with and without cymbals or hi-hat. In 1993, after some usual teenage rock, metal and bar bands he became the drum tech for his friend Nicke in Swedish metal band Entombed, and the following year they formed the band The Hellacopters. The debut album “Supershitty to the Max!” was released in 1996, it received a Swedish Grammy and the following 12 years they recorded another 6 albums and played around 1000 shows throughout 5 continents, usually headline tours but also supporting bigger bands such as Kiss, Foo Fighters, Black Sabbath & The Rolling Stones. When The Hellacopters split up in 2008 Robert started playing with Swedish Platinum-selling artist Lars Winnerbäck. In 2016, after 2 albums and 7 years with Lars Winnerbäck, The Hellacopters re-united and that is Roberts main band ever since.

Robert uses the W-7A sticks.
Check them out here!