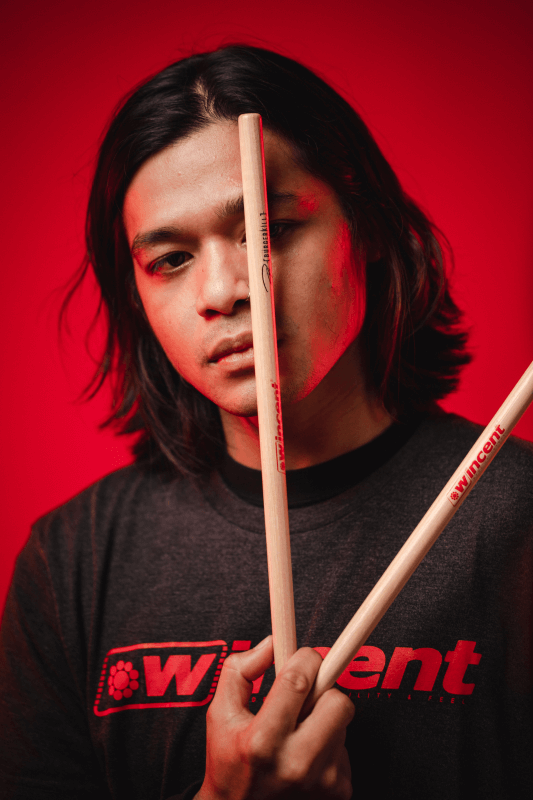 Putra Pra Ramadhan (puputputceh) is the drummer of Indonesian heavy metal band known as Burgerkill. He was a drummer of some big alternative rock / emo bands
before ended up joining Burgerkill in mid 2016 after their former drummer leave the band.

Since joining Burgerkill in 2016, the band 6th album was released with another stunning album where they work together in collaboration with Czech Orchestra in 2020. His style of drumming with such a powerful yet very technical
goes really well with the band.
And now he is well known as one of the best Indonesian metal drummers

Putra uses the Putra Pra Ramadhan Signature sticks which are based on the W-Metal sticks.
Check them out here!