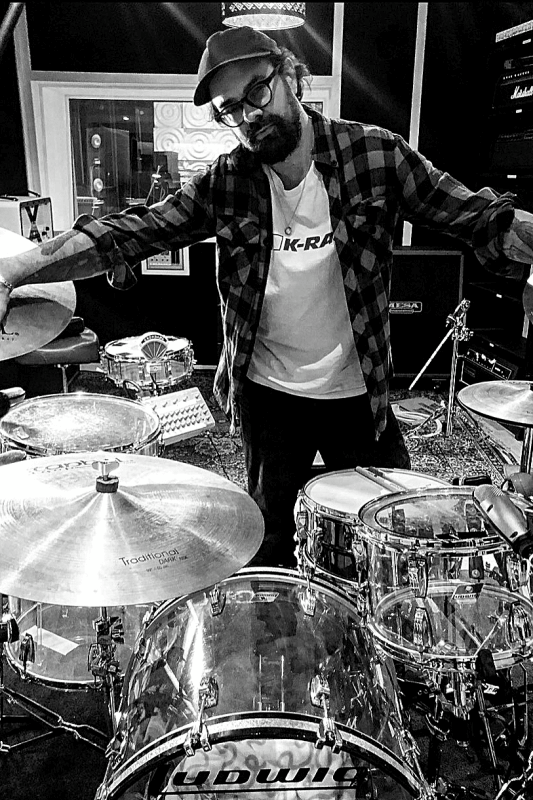 Following the lead of his father, Per Nordmark started playing drums at a very early age.  After having entered the music scene with the band Fireside in the nineties, Nordmark and the band won the Swedish Grammis for the album Do not Tailgate. This lead to a record contract with the label American Recordings and live sets at Lollapaloosa as well as a tour in the United States. Fireside later released three more albums: Uomini D’Onore, Elite and Get Shot. As well as playing in Fireside, Nordmark was playing drums in hardwore/noise band Breach which was nominated for Metal of the Year for their album Venom at the Swedish Grammis in 1999. Later Breach released the album Kollapse before launching his solo project Bad Hands in 2008. In 2010, Nordmark, along with Gustav Bendt and Christoffer Roth, started the band Kriget. They have released four albums since their conception: What a Day, Submission, Dystopico and Fazed. Collaborations include Familjen, Teddybears, Britta Persson, Frida Hyvönen, Mattias Alkberg, Christian Kjellvander, Kristofer Åström and many others. He is also the host for the podcast Nordmark Pod where he interviews artists, writers, actors and other creative people.

Per uses the W-5B sticks.
Check them out here!