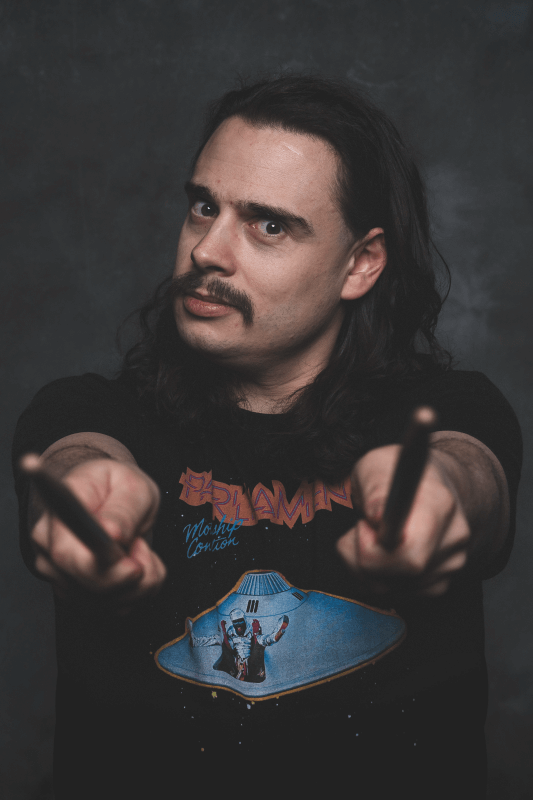 “Started playing drums at 14, after having played guitar for several years, and bass in a band when I was about 12-13. Always wanted to play drums and took the leap and after that I haven’t really looked back! Played in a lot of different bands thourgh the years but started Bokassa in 2013 and that has been my only band since. We’ve been very active since we started out, and when our debut album dropped in 2017 it garnered a lot of positive reviews and attention. Somehow Lars Ulrich noticed us, and we we’re asked to open for Metallica on their 2019 Worldwired stadium tour in Europe, the UK and Russia. Now we’re gearing up for our third album which will be out later this year on Napalm Records, and we’re extremely keen on getting going doing shows again!”


Olav uses the W-5AXL sticks.
Check them out here!
Website