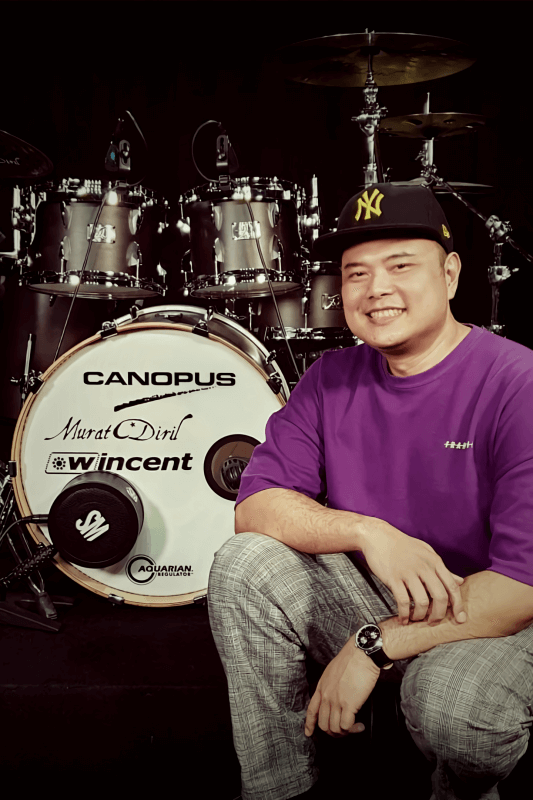 Nyoman Mei is an all around drummer who started his professional drumming carrier in 1995. He began by joining a local group called MR. Q band as an event artist or a supporting artist, touring cities such as Surabaya and Jakarta. In the year 2000, he joined EKSTRA band. Later, he quit and joined David All Stars Band in 2010. During these times he did a lot of recording projects for various local artists. By 2015, he started using Wincent Drumsticks and since then, he never stop using it. The reason being that it is very comfortable in his hands, and in terms of durability and strength, the Wincent drumsticks has never let him down.

Nyoman uses the W-5A sticks.
Check them out here!