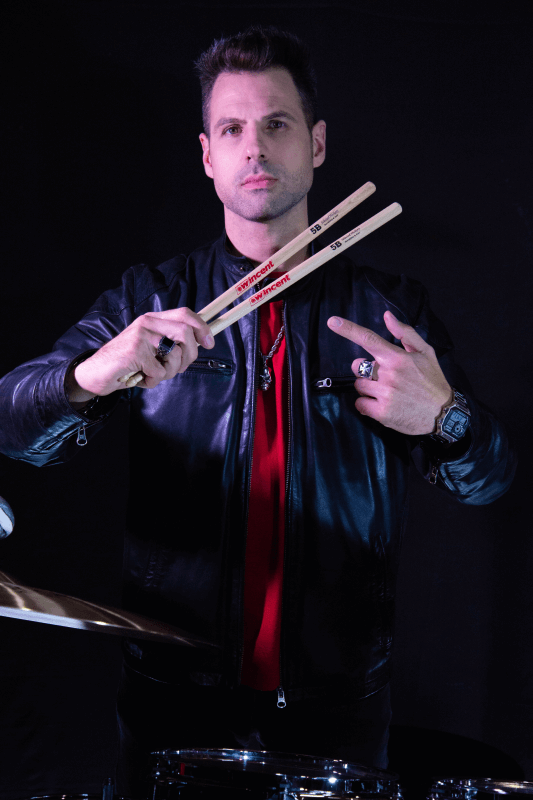 Nicolás Matías Polo was born on 24 October 1983 in Quilmes, Buenos Aires, Argentina. His first steps in music were at the age of 9 playing the piano but at the age of 12 he began to play the drums and never left it again.
Throughout these years, Nicolas has been part of and has given several workshops throughout Argentina. He is recognized for his abilities to perform classic rock, pop, heavy metal and its subgenres (new metal, metalcore, power metal, hardcore).
Taking a look at his career we can see that he played with great musicians such as Tarja Turunen (Nightwish) and Adrián Barilari (Rata Blanca) recording studio albums and making national and international tours. Between 2005 and 2021 he recorded four albums with Dream Master, four with Adrián Barilari, eight with Asspera, three with Insobrio, two with Misson, one with Tarja Turunen and also worked as a session drummer on many projects.
During the last decade, Nicolas collaborated as drum tech in more than seventy studio albums for various national and international artists, contributing his talent and knowledge.
Nowadays, Nicolás works with Asspera, Misson, Insobrio, Adrián Barilari – in his solo career – also record and dictate private classes in his downtown studio in Buenos Aires.

Nicolas uses the W-5BXL sticks.
Check them out here!
Website