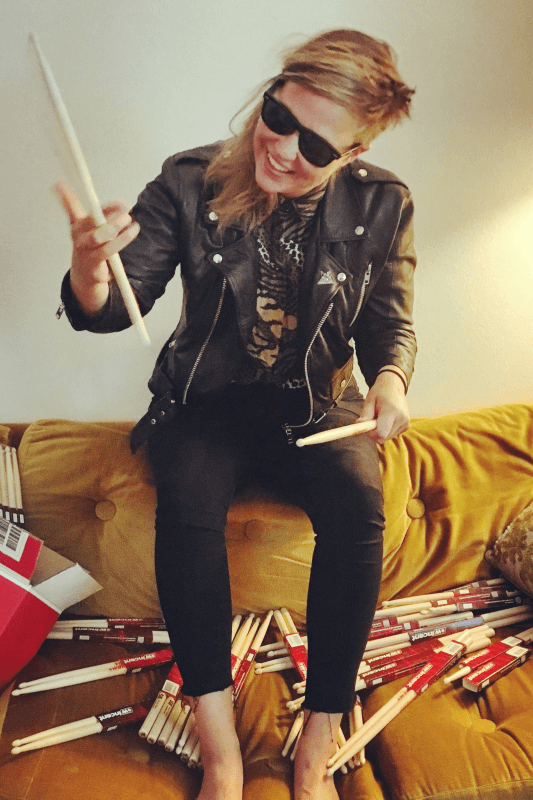 Jonna Löfgren was born and raised in Boden, a small town in the north of Sweden. Löfgren started working as a professional drummer with Scottish indie rockers Glasvegas where she was a band member for 10 years. She has since the age of 23 toured in all corners of the world.

Her freelance work grew to be her main focus and her biggest passion is playing live. That’s where she can express herself freely and stands out through her energetic and emotive style of drumming. In her freelance work she’s been playing with acts such as Lars Winnerbäck, Vargas & Lagola, Laleh, Hurula, Anna Ternheim, Markus Krunegård, Siri Karlsson, The Magnettes, Merit Hemmingson and many more.

Löfgren is also a member of Swedish rocktrio AWAZE.

Jonna uses the W-5A sticks.
Check them out here!