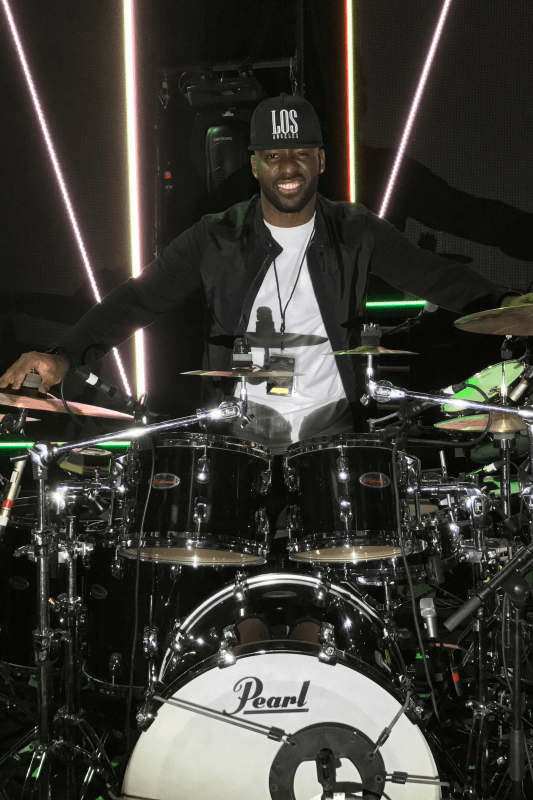 Joshua “J Bake” Baker-Dukes is a native of Lansing, Michigan where his love of music was first nurtured by his playing in church. After completing high school J Bake was ready to make a move to Atlanta, GA. In Atlanta he would embark on his journey through Music College at The Atlanta Institute of Music and Media. Affectionately known as AIMM, J Bake was accepted into the Drum Program.  J Bake grew proficient in several genres of music as well as music theory while studying at AIM. His outstanding excellence as a student garnered him an offer from the college to teach upon graduation. Enthusiastic about the teaching opportunity, J Bake became a Professor of “Performance Sight Reading,” continuing enhance his value as an educated musician.

After two very successful years as a professor, J Bake was ready to step out into the field. It wasn’t long before news of his professionalism and talent had spread and he was chosen as the drummer for an Indie Progressive Rock Band titled “The SIXXIS.” Juggling several band schedules with his rock band performance dates were getting more and more difficult and finally he had to choose. J Bake chose to continue with the SIXXIS on their international tour and was with the band until it disbanded in 2014.

Since then J Bake has appeared in several house bands for television network award shows and has gone on to play with many musical artists like Jennifer Holiday, Ledisi, Tre Songs, and The Atlanta Symphony Orchestra to name a few! Josh is currently lending his talents as the drummer for pop music icon, Mariah Carey! J Bake has been a part of Mariah’s All Star team for six amazing years now.  J Bake currently resides in Houston, Texas where he continues to tour with Mariah, perform on local stages, teach clinics, and offer private lessons!