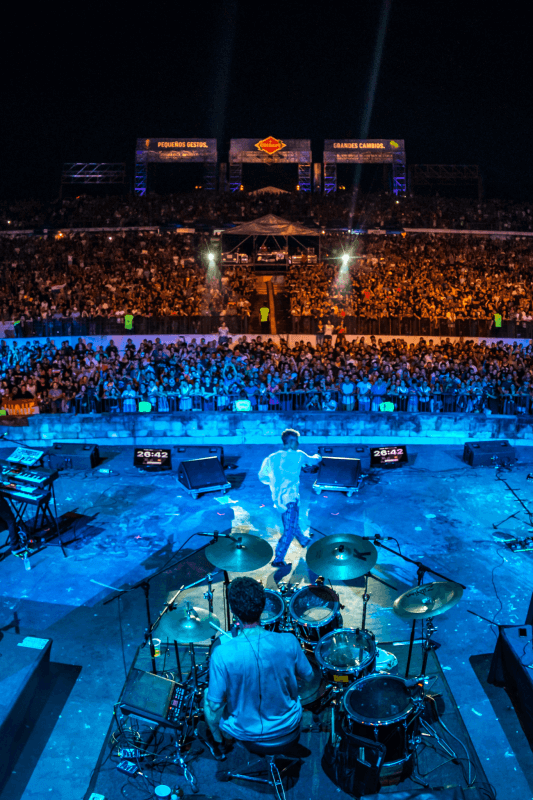 Iván, a native of the city of Rosario, Santa Fe, is twenty eight years old and is a Reggae Drummer. He began his studies of the instrument in 2007, with Oscar Manassero. In 2009 he formed his own reggae project, with whom he shares a large number of concerts throughout the country and Latin America. After recording various albums for this and other projects in Rosario and in the interior of the country, in 2015 he joined Leonchalon, a band from Ituzaingo, Buenos Aires, with whom he toured for a year in Mexico and Argentina. After going through several bands of the genre, Iván began to be part of Los Cafres, a pioneer band of Reggae Music in Spanish, in January 2018. With them he participated in various tours throughout America and different cities in Spain during these last years. They are also in the studio recording the next singles and albums. On the other hand, Iván has his project, Los Tercermundistas Backingband, with whom they are about to finish their recording work together with the Jamaican artist Benjaminz. Iván also remained active in his studio “Altillo Records” where he participated in more than 60 productions so far this last year, working for different Reggae artists / producers from all over the world.
Iván uses the W-5B sticks.
Check them out here!