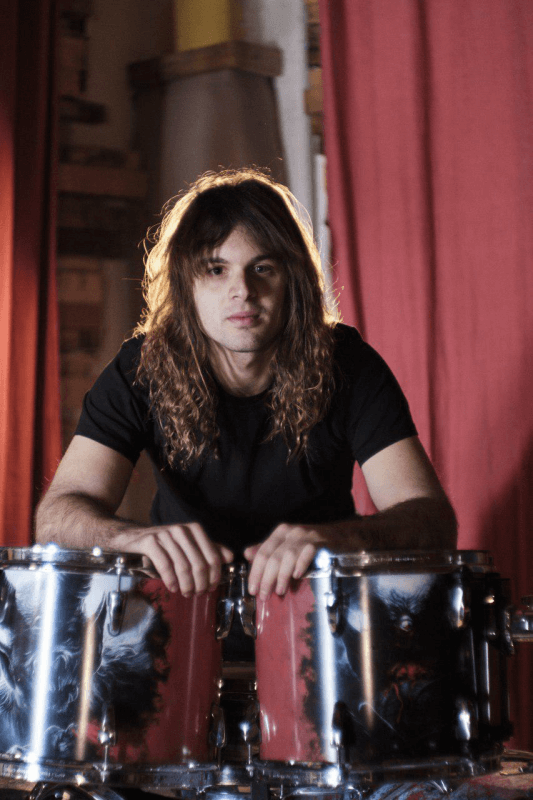 Fabio Alessandrini, born in 1993 in Ravenna, Italy began playing drums at the age of 11. After hearing Van Halen’s first record he decided to devote his career to heavy metal. In 2016 he joined the Canadian band Annihilator, touring extensively throughout the World and appearing in their latest 3 records (including a live DVD). In 2017 he played for NWOBHM legends Raven and a year after participated at the annual Bonzo Bash in Santa Ana, California, appearing with drumming legends such as Ray Luzier (Korn), Glen Sobel (Alice Cooper) and many others.

Fabio uses the W-5A sticks.
Check them out here!