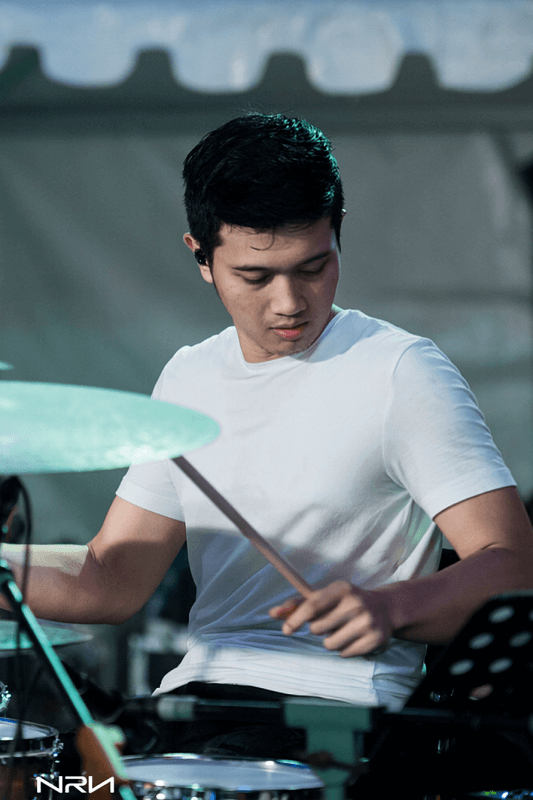 Born on April 9, 1993, Demas Narawangsa is a professional musician based in Jakarta, Indonesia. He started learning music at the age of 5 with Classical Piano before showing interest in drums one year later. As years go by, his musical ability flourished and Demas achieved fluency on other instruments such as bass and guitar as he became a fulltime drummer.
Although his main interest is in fusion and Jazz, Demas remains versatile as he also plays other kinds of music including R&B, latin, pop, progressive, and world music. With his versatility, he quickly became one of the top session drummers in Indonesia at a very young age and has worked with some of the great pop singers, orchestras, jazz musicians, and furthermore appeared in multiple music festivals (local and international) such as, Java Jazz Festival, Jak Jazz Festival, Jazz Goes To Campus, Tong Tong Festival, Virada Cultural, Jazz Fest Wien, and Umbria Jazz Festival.
In 2013, Demas decided to leave his home country to study music in the United States. He has graduated from Los Angeles College of Music (LACM) in Pasadena, California.
Demas currently resides in Jakarta and has worked with some of the most influential names in the music industry such as Dewa Budjana, Indra Lesmana, Tohpati, and many more.

Demas uses the W-5AXL sticks.
Check them out here!