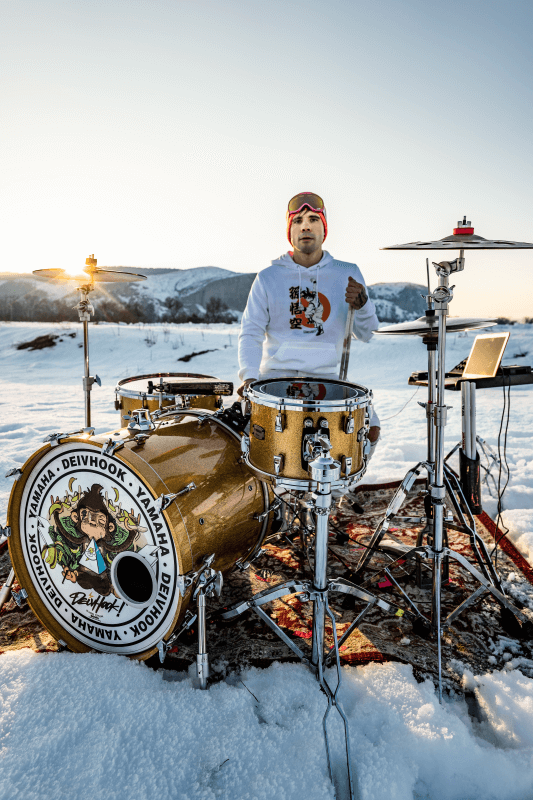 Deivhook is one of the drummers with many views in Youtube Europe with his “Monkey Drum channel”. He is the winner of the Zildjian Drummer Love Europe 2012 in Spain. He is changing the concept of the drummer in Spain.

Deivhook (David Serrano) was born in Madrid, Spain. He took formal tuition in drums and percussion at the age of 9 at the famous spanish music school: “IMT” (Instituto de Música Tecnológica). He continued his musical education with particular classes and intensive programs with great spanish drummers like Jose Bruno and Andrés Calamaro. By the age of 12 he had his first band in this school. They played jazz, funk, and rock songs, and by the age of 13, were performing at corporate events and various gigs in Spain. At 18, he recorded his first album. He completed his musical education here at the Drummers Collective..

His career stars in the music Electronic, coming to the most important DJS in Spain and playing with his new drum concept on drums.

With his first own single #HUMANITY Deivhook hit number 1 and 2 (first two weeks of the launch), including the original and remix of this track on iTunes Spanish electronic charts. No drummer had achieved this position before in Europe.

In addition to his professional career as a session musician, Deivhook does clinics and workshops with Yamaha, owns a recording studio, and has been involved in various productions for many top selling artists.