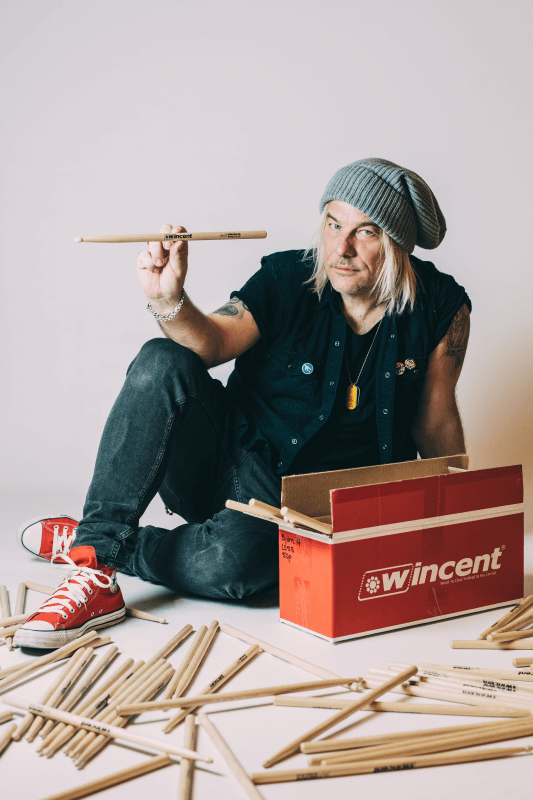 Björn started playing drums at the early age of three and has been a full time musician since graduating high school in 1990. He toured with funk rocker Paulo Mendonça in the early 90:s when he also joined folk rocking pioneers Hoven Droven with whom he has toured the world with ever since. He is also a member of legendary Swedish rock band Easy Action and is a sought after studio musician who has played on hundreds of releases. Besides drumming Björn is also a gold and platinum selling songwriter and producer.

Björn uses the W-5B sticks.
Check them out here!