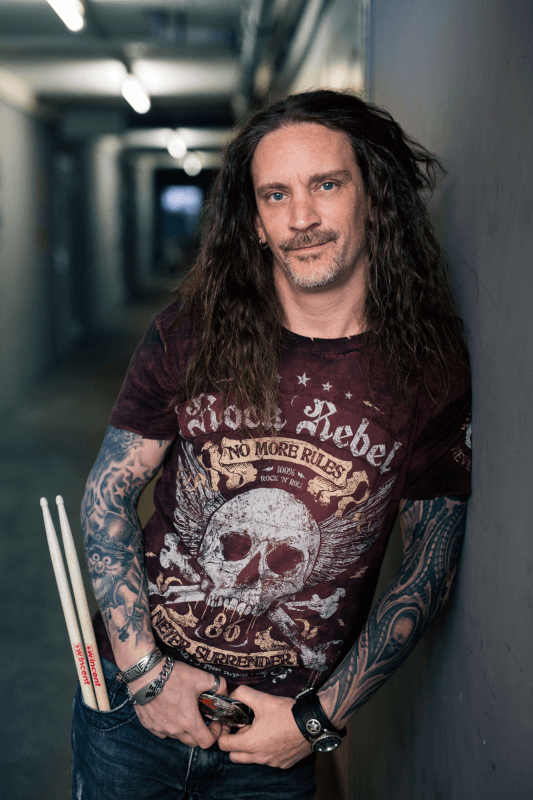 For several years now, André Hilgers ranks among the best and most accomplished Heavy Metal and Hard Rock drummers in Germany. His play style is characterized by big dynamics and impressive punchin particular. His abilities were put to the test on numerous albums by popular bands such as “Axxis”, “Rage”, “Silent Force”, “Sinner” or “Bonfire”, but even more so during live concerts.André Hilgers was born on 30th of August 1974 in Remscheid/NRW. Aged 7 years, he was sitting behind a drum for the first time, concentrating on learning drums with 10. After that he took lessons at rock – jazz style for 6 years, as well as 3 years guitar and 2 years singing lessons.

André uses the W-Rock sticks.
Check them out here!